Tether Confirms That It Is Banking With Bahamas-Based Deltec 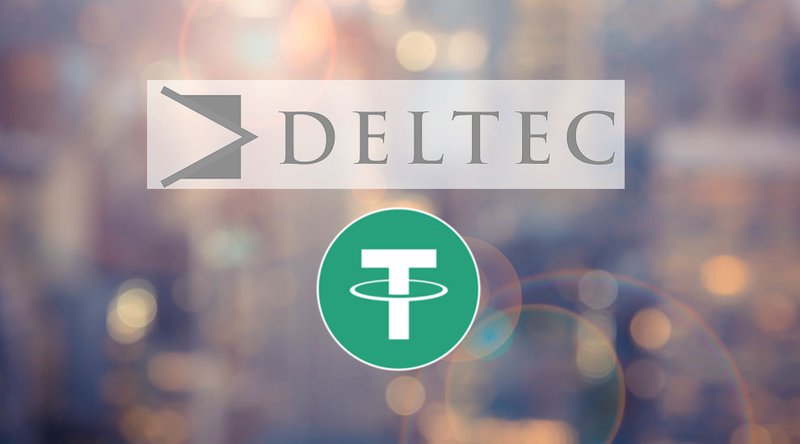 Tether Limited is back in the news; this time, it has confirmed a banking relationship with a financial institution based out of the Bahamas. The issuer of the controversial USD-pegged stablecoin tether (USDT) announced its partnership with Bahamas-based Deltec Bank & Trust Limited. Tether went a step further by publishing an attestation letter from the bank, showing evidence of its reserves.

In a blog post on its website, Tether stated that Deltec accepted it as a client after a “due diligence review” was carried out, which included an assessment of the company’s ability to maintain its $1 peg, which slipped last month.

“This included, notably, an analysis of our compliance processes, policies and procedures; a full background check of the shareholders, ultimate beneficiaries and officers of our company; and assessments of our ability to maintain the USD-peg at any moment and our treasury management policies.”

In an attempt to assure the market of its reserves, Tether also published a letter, purportedly from Deltec, confirming Tether’s reserves with the bank to be $1,831,322,828 as of October 31, 2018 — which is enough to back the remaining 1.78 billion USDT in circulation, as Tether had withdrawn over $1 billion worth of tokens since the beginning of October.

The letter also stated that the confirmation was made “without any liability, however arising, on the part of Deltec Bank & Trust Limited, its officers, directors, employees and shareholders” and that it is “solely based on the information” provided to the financial institution.

When it comes to its reserves, Tether has a history of publishing reassuring statements from credible third parties, but it has so far failed to provide an actual audit.

In June 2018, it tasked a former FBI director’s law firm, Freeh Sporkin & Sullivan LLP, to vet its finances. The law firm said it was confident that Tether had enough in its reserves to back the tokens in circulation as of June 1, but added a caveat that the work it did was “not for the purpose of providing assurance.”

At press time, Tether is currently trading at $0.992952 and there are over 1.7 billion tokens in circulation, according to CoinMarketCap.

The Basics of Cryptocurrency and the Way It Works

February 22, 2020
In the times that we're living in, technology has made unbelievable advancement as compared to any time in the past. This evolution has redefined the life of man on almost every aspect. In fact, this evolution is an ongoing process and thus, human life on earth is improving constantly day in and day out. One of the latest inclusions in this aspect is cryptocurrencies.Cryptocurrency is nothing but digital currency, which has been designed to impose security and anonymity in online monetary transactions. It uses cryptographic encryption to both generate currency and verify transactions. The new coins are created by a process called mining, whereas the transactions are recorded in a public ledger, which is called the Transaction Block Chain.Little backtrackEvolution of cryptocurrency is mainly attributed to the virtual world of the web and involves the procedure of transforming legible information into a code, which is almost uncrackable. Thus, it becomes easier to track purchases an…
Read more

February 22, 2020
It is important for novice traders to gain the basic knowledge of Forex trading at the very beginning of their attempts. After you get the rough ideas of what those charts, tables and axis mean, then you should study in details about which trading style suits you the most. Currency trading involves completely different styles. People should opt for their own strategies, but basically there are two primary types of analysis: the technical and the fundamental. A few traders would choose one of the two, some will combine them, others just follow what the robot tells them. Forex Megadroid belongs one of the few automated programs that applies both trading strategies. Forex traders who choose to use technical analysis always base their analyzes on the currency market trend. They read charts and recognize the common patterns for the price movement. Different traders may employ various reporting system to make the analysis easy to read or update. For the users of technical analys…
Read more

February 22, 2020
Every little boy's (and many grown men's) dream of making a living by playing video games is edging closer to reality. The recent release of HunterCoin and the in-development VoidSpace, games which reward players in digital currency rather than virtual princesses or gold stars point towards a future where one's ranking on a scoreboard could be rewarded in dollars, and sterling, euros and yen.The story of the millionaire (virtual) real estate agent... Digital currencies have been slowly gaining in maturity both in terms of their functionality and the financial infrastructure that enables them to be used as a credible alternative to non-virtual fiat currency. Though Bitcoin, the 1st and most well known of the crypto-currencies was created in 2009 there have been forms of virtual currencies used in video games for more than 15 years. 1997's Ultima Online was the first notable attempt to incorporate a large scale virtual economy in a game. Players could collect gold coins …
Read more