Expert Opinion: Tether’s Case Indicates Trust Deficit in Cryptos while Bitcoin’s Stability not Unusual but Part of its Cycle

Note: “This analysis is an adaptation from the work of Mati Greenspan, Senior Market Analyst at eToro.”

Tether stable coin status has always been under the question since the time its launch as the company never found it necessary to show an independent audit report that should that the leading stablecoin was completely backed by the US dollar. The coin, despite being popular has been questioned for its dollar backing evidence and has been linked to all kind of negative stuff such as bitcoin prices manipulation and its malicious alliance with Bitfinex, as both have the same CEO. 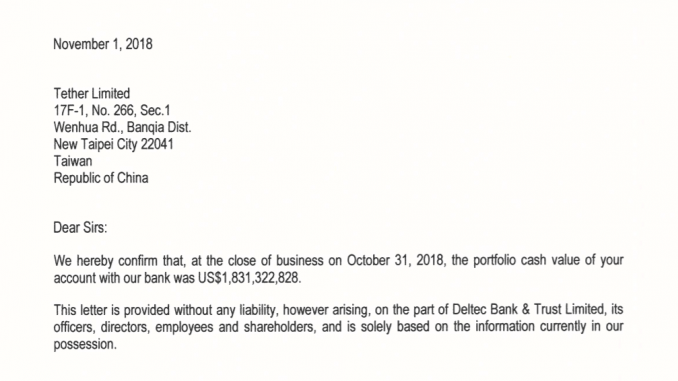 While there is no doubt that Tether is culprit of not coming out clear ever on allegations of its dollar backing, one must understand such questions were raised in the first place because of the trust deficit investors and people have, at large, on cryptos. The reason one can say that is because there has been no question raised ever on a fait currency for its backing or even to an institution like a bank before one applies for a loan. Infact as per regulations (Federal Regulations) in USA, a bank requires bare minimum deposits before it gives a loan

If cryptocurrencies must make it big and be the currency of the future. The important factor it needs to work on is “TRUST”

While the stability of Bitcoin and other cryptos has been there for quite sometime now, one has to believe it is part of the Bitcoin’s cycle.  Like everything other asset or business, Bitcoin too has “Cycles” which too can be divided into various stages such as surge, retrace, and relax 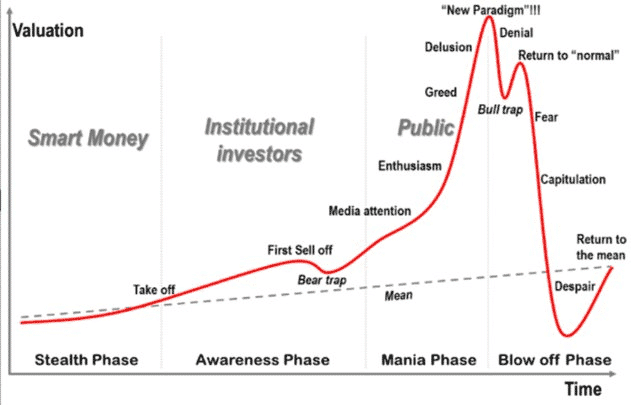 If one studies a short history of bitcoin, one can easily match the various price movements on this chart. Let’s check on the instances 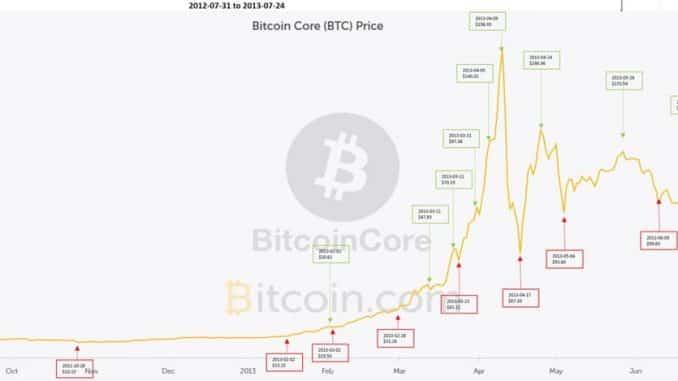 Later that same year we had another surge that brought us all the way above $1,000. This graph shows the peak of that price increase and the very slow gradual recovery that regained the all-time high in early 2017. 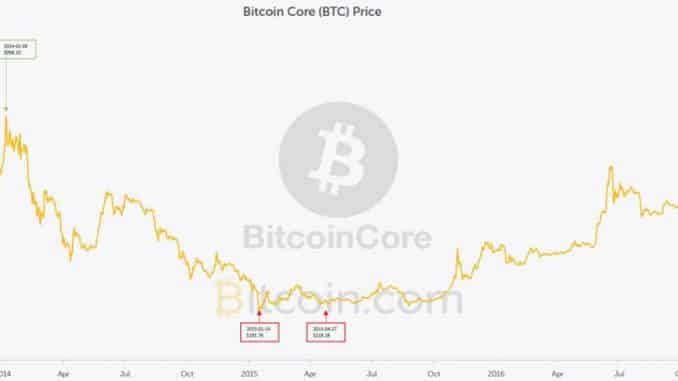 So the current stability is just a phase of relaxation for the bitcoin according to its cycles and that’s the reason renowned names like Arthur Hayes of Bitmex has stated that at the relaxation period could last for another 18 months.

But the case hear looks a little different, as Bitcoin is known commodity for people now, thanks to its run to USD 20000. This awareness among people is making the retracements and relaxation on the bitcoins cycle quick. Another impact of this missing surprise element now would be that, the price rise for Bitcoin will not be anything superficially vertical but steadier and more realistic.  Liquidity, this time, is playing its role to stabilize the bitcoin but a limited supply of 21 million coins will always keep bitcoin in demand for a long term basis.

The post Expert Opinion: Tether’s Case Indicates Trust Deficit in Cryptos while Bitcoin’s Stability not Unusual but Part of its Cycle appeared first on Coingape.

How to find the Right Currency Trading Course

February 22, 2020
A currency trading course can be an excellent way to learn the fundamentals needed to become a successful trader. It can potentially provide you with a solid base on which to build your trading future. However, what you get out of it will depend on how much your really commit to the learning experience and how much you end up applying it to you future trading. A currency trading course can come in various formats including books (both electronic and hard-copy), video, webinars, and live trading rooms. They can also vary a lot in cost - some might be free but others could be several thousand dollars. The key is to find the right type of training for your personal circumstances and your level of trading experience. What To Avoid Not every currency trading course will be the same. You can check on the major forex forums or portals to get people's recommendations, although often someone's opinion of a particular course will be influenced by how profitable their trading
Read more