A Breakthrough? Tether has a new Bahamas-based bank

Tether announced today that it had opened a $1.8 billion bank account in the Commonwealth of The Bahamas at Deltec Bank & Trust Limited.

According to Tether – that has a long history of scandals, as well as a vast number of recent negative events -, the bank accepted the company as a client after a successful due diligence review of the stablecoin issuer.

Tether stated that the financial institution’s review included an analysis of the company’s compliance processes, policies and procedures, a full background check of the shareholders as well as ultimate beneficiaries and officers of the firm, and assessments of Tether’s treasury management policies and the ability to maintain the USD-peg at any moment. 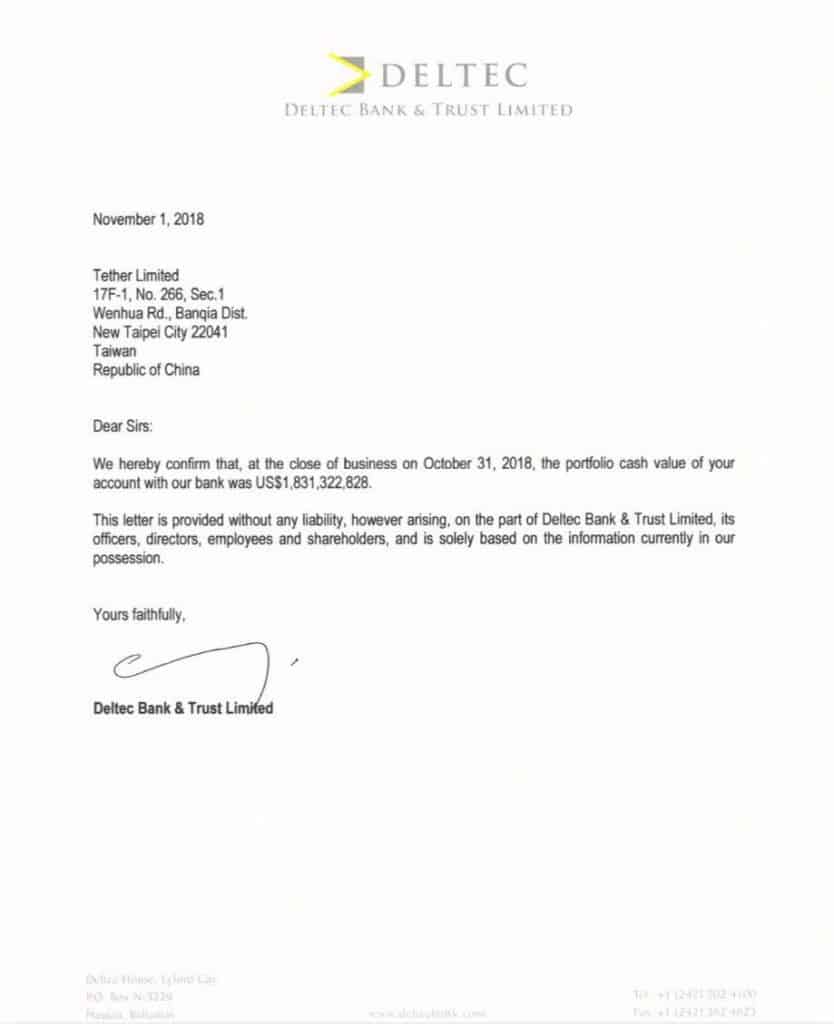 Furthermore, Deltec – who will review the stablecoin issuer on an ongoing basis – conducted its due diligence process throughout a period of several months. According to Tether, the Bahamas-based financial institution identified the results as positive and allowed the company to create a bank account.

Tether also published a letter from Deltec, in which the bank states that it has confirmed that on October 31, 2018, Tether had approximately $1.8 billion in its account. Checking Tether’s transparency page, the reserves match the total USDT that is in circulation.

Tether’s bank account was first reported by The Block two weeks ago stating that the stablecoin issuer had opened an account at the Bahamas-based bank a few weeks before the article was published. Previously, both Tether and Bitfinex were banking with Puerto Rico’s Noble Bank. However, soon after, the parties have broken contract with each other.

Earlier this month, the price of Tether’s USDT token has crashed, leading to the valuation of the cryptocurrency going down to as low as $0.95. After Tether has burnt $500 million tokens, the price of the stablecoin has since recovered to almost $1.

The post A Breakthrough? Tether has a new Bahamas-based bank appeared first on CryptoPotato.